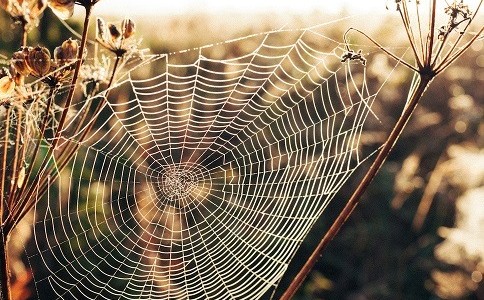 Because of Route 741, I always take the long way through Lancaster County, Pennsylvania. Just south of a real town called Paradise, this humble two-lane road runs through a pastoral landscape worthy of a cinematic wide shot. Think sun-dappled life on the farm, like in Charlotte’s Web, complete with a coterie of animal friends.

The route recommended by the GPS would more quickly deliver me to commercial Lancaster, an Amish-flavored honky tonk of hotels, smorgasbord restaurants, the Dutch Wonderland amusement park, Starbucks, and Target. But I’d rather jog left at the town clock to take in a bucolic vista that changes with the seasons and invites me to slow down.

The panoramic sweep of planted fields runs so far to the north that it tricks the eye, an infinity pool of barn and silo and fenced-in farmland under a high ceiling of sky. The traffic and neon of the tourist strip pulse somewhere beyond, out of sight. In the direction of the Rockvale outlets and the Burger King, I see nothing but a modest Pennsylvania mountain range. To the south on 741, more patchwork fields slope upward all the way to the tree line.

I share the road with a horse and buggy (or three or five of them) if it’s a Sunday. On a weekday, men and boys trudge the fields with horse-powered plows. Cows idle at the road’s edge. Women hang their washing on a second-story clothesline, with a winding reel to send them out and back. Hand-lettered signs invite me to stop for produce, for homemade root beer, for a German shepherd puppy. By the time I hit the railroad museum, where a ride can be had on a real Thomas the Tank Engine, the dream is over. It’s time to turn back on the main road.

From my passing Subaru, farm life looks beautiful and foreign — as concrete and physical as writing is slippery and keeps me stuck in my chair. And yet, when writers talk about their work, they sometimes reach for farming metaphors.

“I understand my process as a field–sometimes I am harvesting and sometimes I must let the field lie fallow or seed it with other experiences so new growth can germinate,” poet Kate Angus wrote in LitHub in 2019.

Agriculturally speaking, “fallow” means to till the soil without planting it, to give it a rest and a chance to regenerate. In “Lying Fallow to Move Forward,” a recent essay in Brevity magazine, writer Peg Conway shared how taking a break from a too-long manuscript gave her the clarity needed to revise it. A class in collage helped snap the pieces into place, she said.

The late poet Donald Hall lived and wrote for decades at his grandparent’s farm in New Hampshire, where, as a boy, he shadowed his grandfather in haying and milking and scything. Hall had a farmer’s work ethic about writing but also learned that it couldn’t be rushed. A poem that wasn’t working got put in a drawer.

“You cannot bully a poem into excellence by staring at it every morning!” Hall wrote.

The skilled writer knows how to manipulate time, compressing it and expanding it and flying between decades in a story. But off the page, a writer can’t speed up time or change winter into summer any more than a farmer can. All seasons and weathers will come to pass in a writing practice and they will intersect (sometimes inconveniently) with assignment deadlines, with family life, with what you do to pay the bills, with what’s going on in the country — say, a pandemic.

Essayist Randon Billings Noble, who taught several virtual writing classes this summer, counseled students about how to cope with “fallow time” in this year of COVID-19. It’s been difficult for many writers to make progress and produce publishable work. Keep taking notes, keep observing, keep writing, she recommends.

“All those things you’re writing will influence what comes later, no matter how unscripted or uncrafted or how unimportant they may feel to you at the time.”

Noble calls her personal journal writing “cover crop,” something Agamerica.com describes as “a strategy in crop rotation used to replenish the nutrients in the soil.” Farmers plant grasses or even weeds, knowing they won’t be sold or eaten. Their value is in what they do for the dirt, further enriched if you let animals graze there. Cover crop seems like a pause, but it’s an investment in the future.

This summer, Noble was at work on a lyric essay anthology to be published by the University of Nebraska Press. In July, talking about her own writing, she said, “I don’t know if any of this is going to be edible or if I’m going to plow it under or if the field just needs to rest for a while.”

Michael Crichton, the late best-selling author of “Jurassic Park” and numerous others, likened his early stages of ideation to farming. He would set upon a topic, open a file and start reading a stack of books.

“I have these seeds planted and eventually, after many years usually, there’s a crop I can harvest. The subjective experience is I start to think more and more about a particular subject, and I can’t let go,” Crichton told The New York Times.

Said another way, Crichton was gathering wool, that stage where a writer collects scraps of this and that for potential projects. In the Paris Review, Elena Ferrante said her mother called these fragments “frantumaglia — bits and pieces of uncertain origin which rattle around in your head, not always comfortably.”

Literal wool gathering has been going on as long as there have been sheep. Etymologists disagree about whether the phrase, which dates back to the 1500s, deserves its association with a day-dreamy state. Merriam defines wool-gathering that way, as an aimless, ambling task. But as far back as 1889, some begged to disagree. Like a thrifty mother-in-law, they defended wool-gathering as a purposeful activity, saying bits of wool caught on fences and bushes, could be quite helpful “for stuffing horse collars, cushions, mattresses…”

Useless or useful? The way writers use “wool gathering” falls in between. Jotting down notes, keeping index cards, starting a folder of matter — this is done with a goal in mind, though usually loose enough to permit some mind wandering. When it’s going well, wool gathering feels to me like I’ve fallen into the slipstream instead of trying to fight it.

And that’s where farming and writing join up true. Both invite us to work hard while also accepting and aligning with forces of nature, to wise up about what can be harnessed and what must be surrendered to. How might we be happier and more productive if we synced up better with our own internal seasons, let them happen without shock and dismay, if we embraced the ebb and flow of human creativity?

In the Barn with Charlotte and Wilbur

E.B. “Andy” White authored perhaps the most famous farm-based children’s book ever in Charlotte’s Web. It’s a salvation story of Wilbur the pig, but Charlotte the gray spider goes on the hero’s journey. As told in the 2016 book Some Writer, White worried about how he would pull it off. How would he structure the story so that, convincingly, a beguiling spider would save a pig from slaughter and said pig would have the wherewithal to protect Charlotte’s spider babies before they hatched?

After holding the story “in a carton, as you would a kitten” for a long time, White told his publisher he had found the key. Here’s how Melissa Sweet described White’s light bulb moment in Some Writer: The Story of E.B. White: “Andy would not make his heroine, Charlotte A. Cavatica, conform to the narrative; his story would have to adapt to how spiders behave.”

Charlotte says her husband was “some dancer,” but only because male spiders actually do a kind of dance.

Charlotte brags about a cousin spider who fashioned a web that caught a fish, but in rare cases, this actually happens.

Wilbur takes the egg sac containing Charlotte’s baby spiders and holds it in his mouth to save them, but the eggs sacs made by A. cavatica–a real species of spider–are waterproof.

After such an insight, White could have published Charlotte’s Web straightaway. But he didn’t. The author, who lived and wrote on a 44-acre farm in Maine, put the manuscript aside for a time. Like fruit on the vine, he said he wanted to let it “ripen.”

After a bit, he got back to work, adding five chapters, deepening the characterization of Fern and rewriting the start of Chapter 1 multiple times. In 1952, finally done, White published a masterpiece in children’s literature that begins with a piglet in peril and these words: “Where’s Papa going with that ax?”